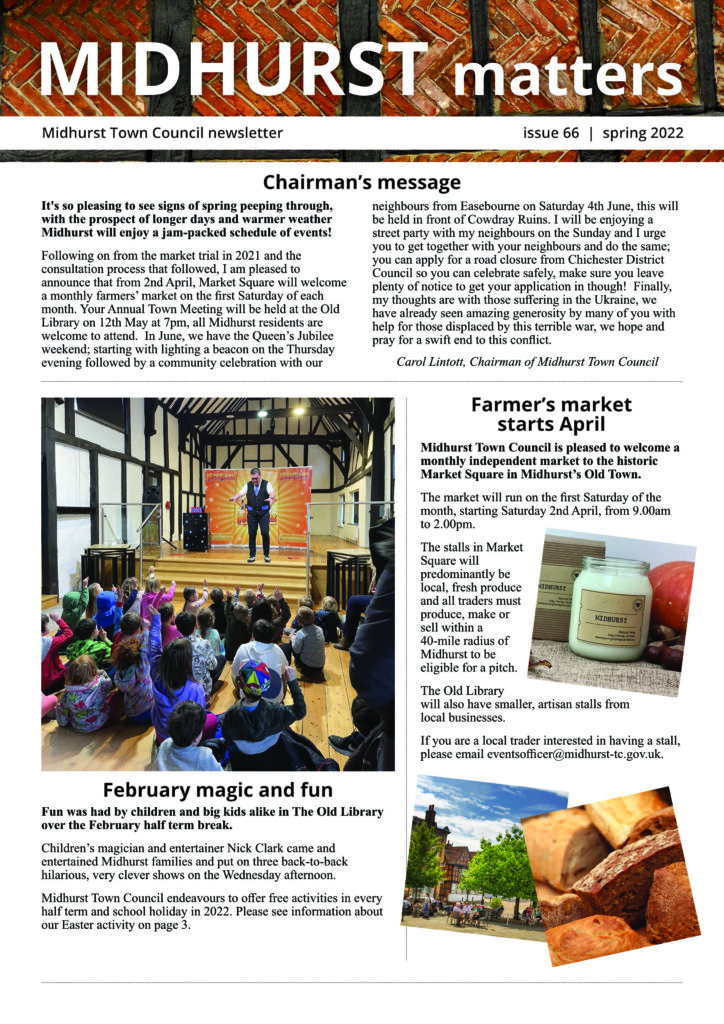 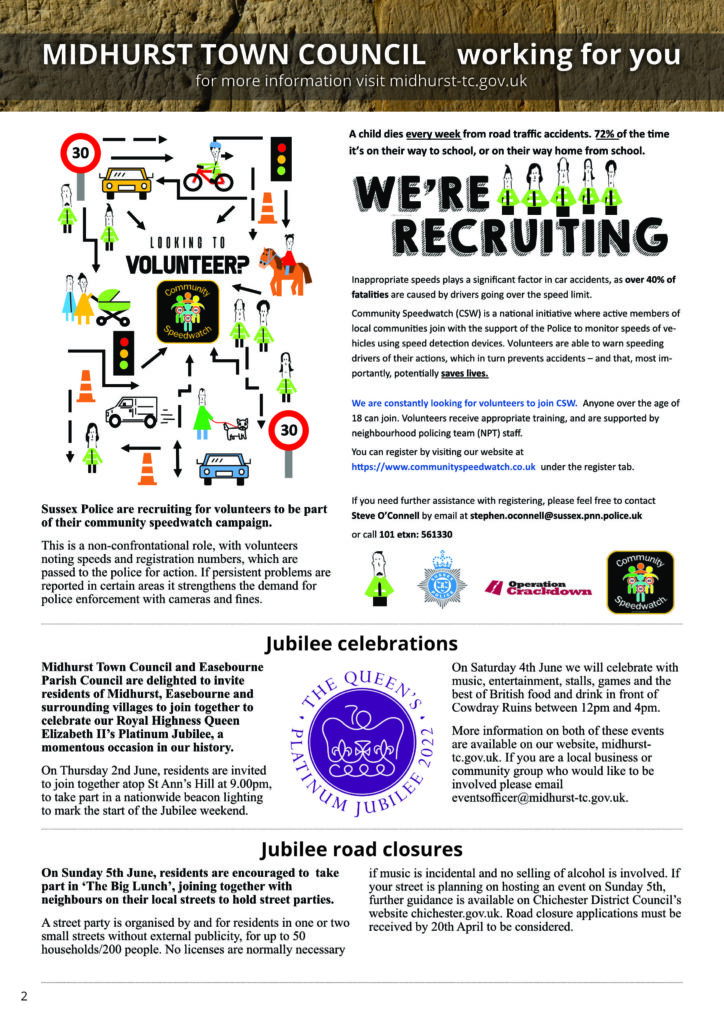 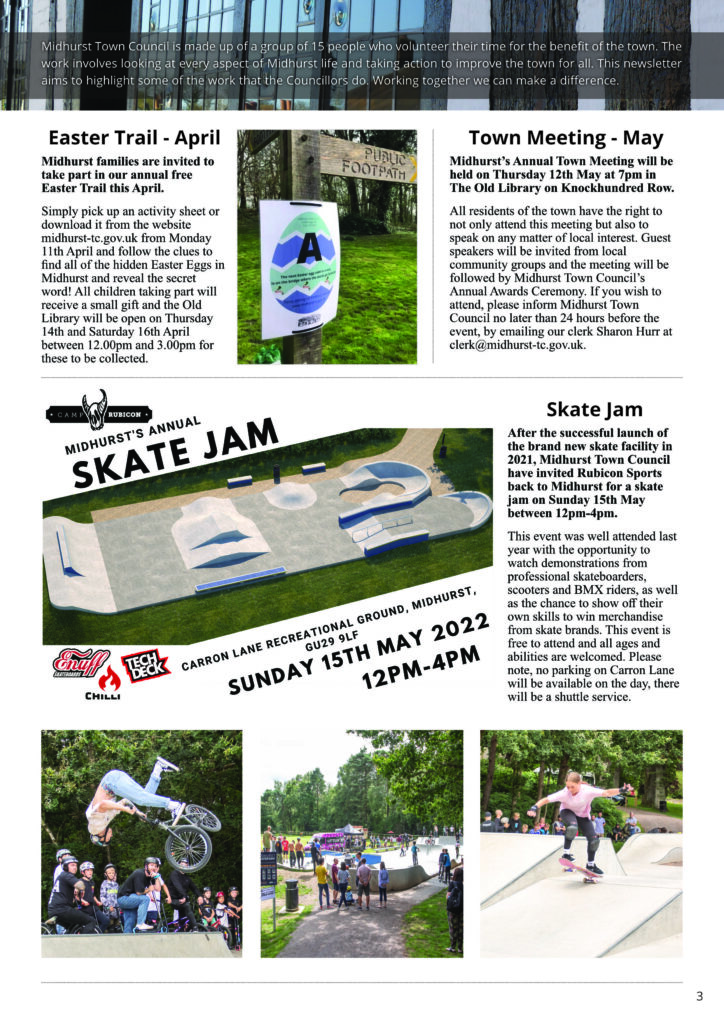 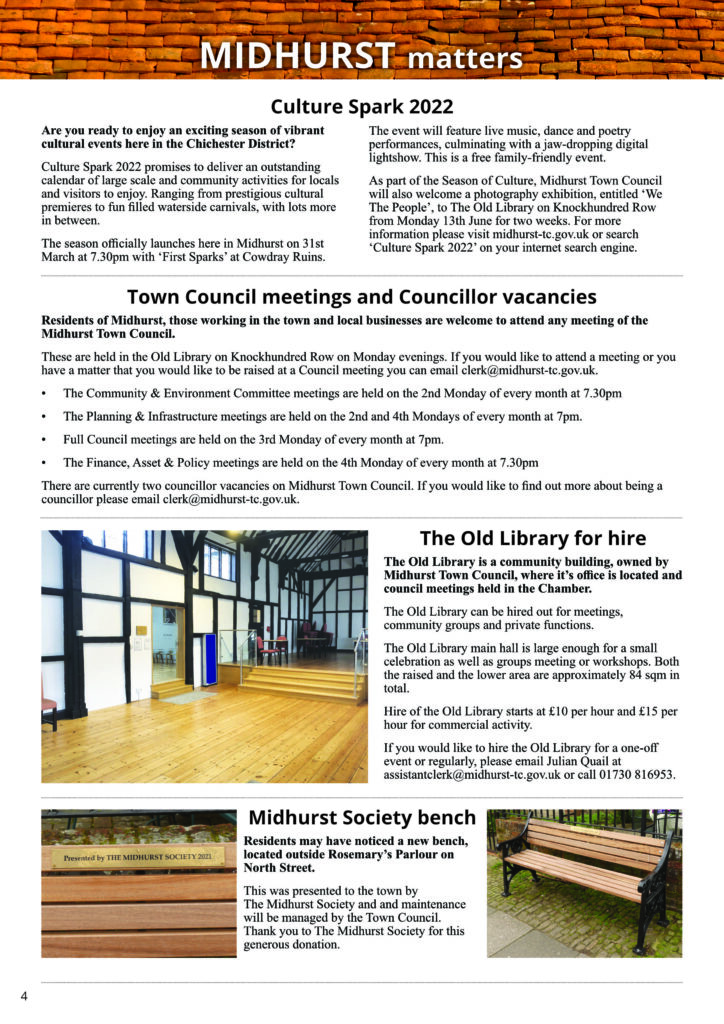 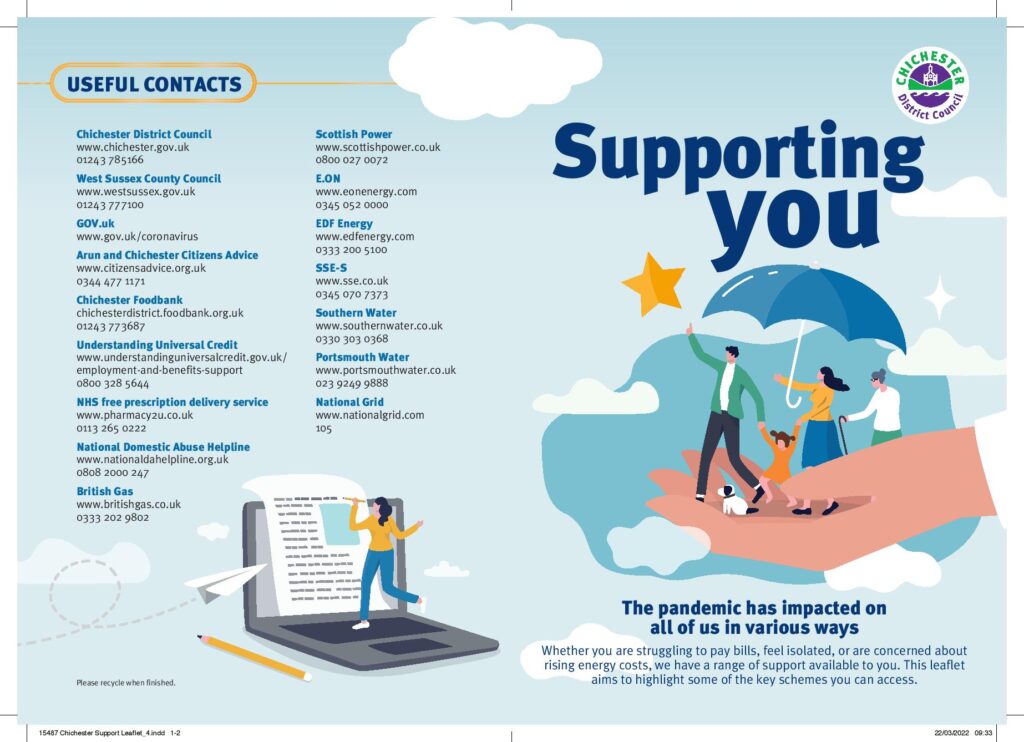 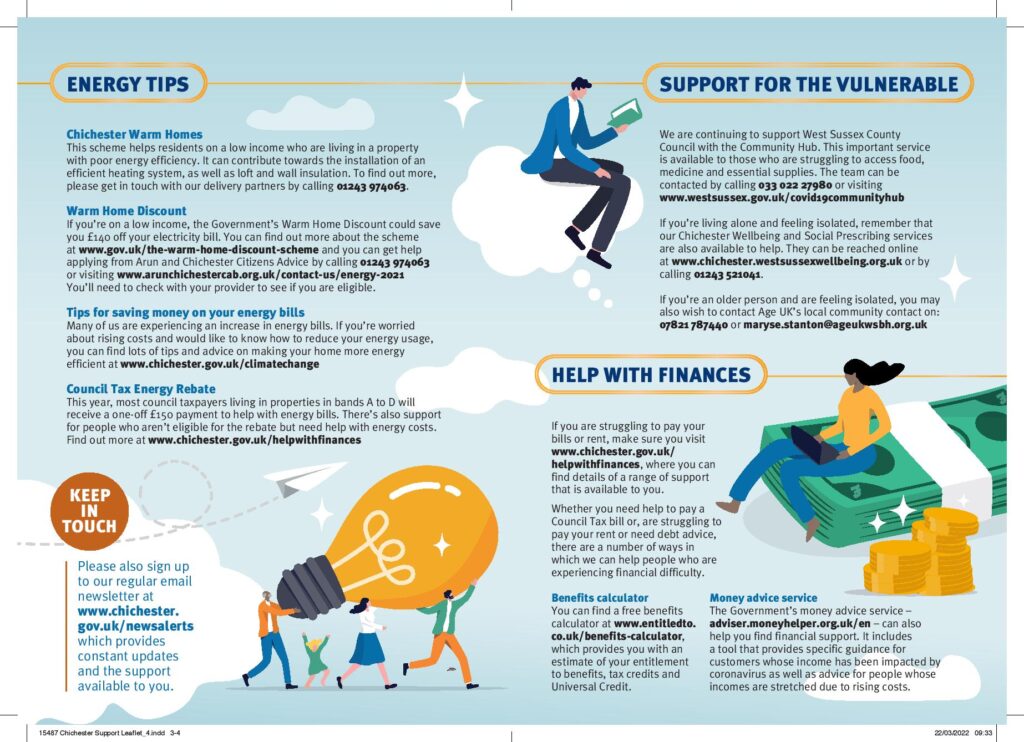 The Midhurst Matters publication was delivered to all Residents in the Midhurst parish at the end of December. In case you missed it, here it is! 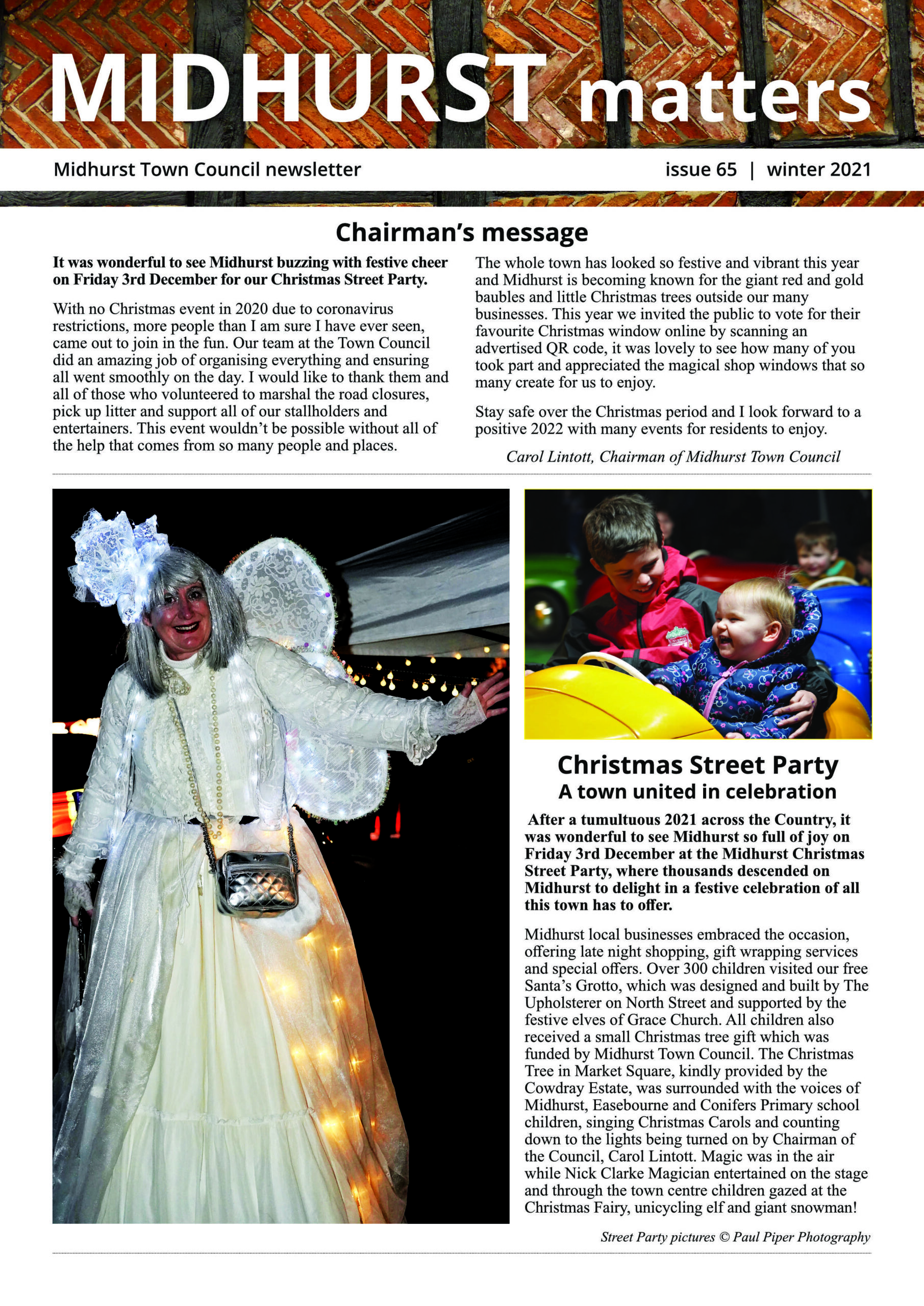 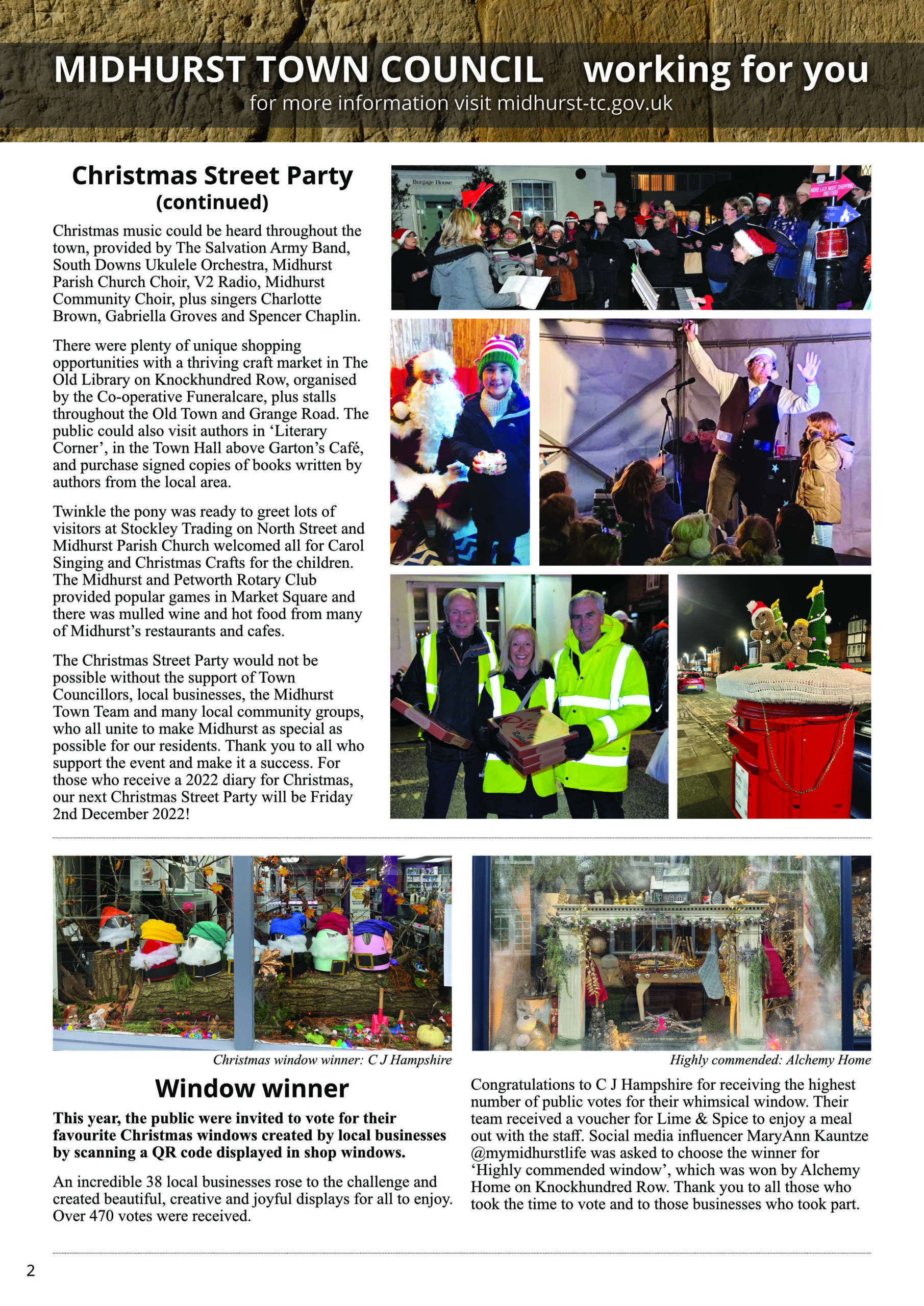 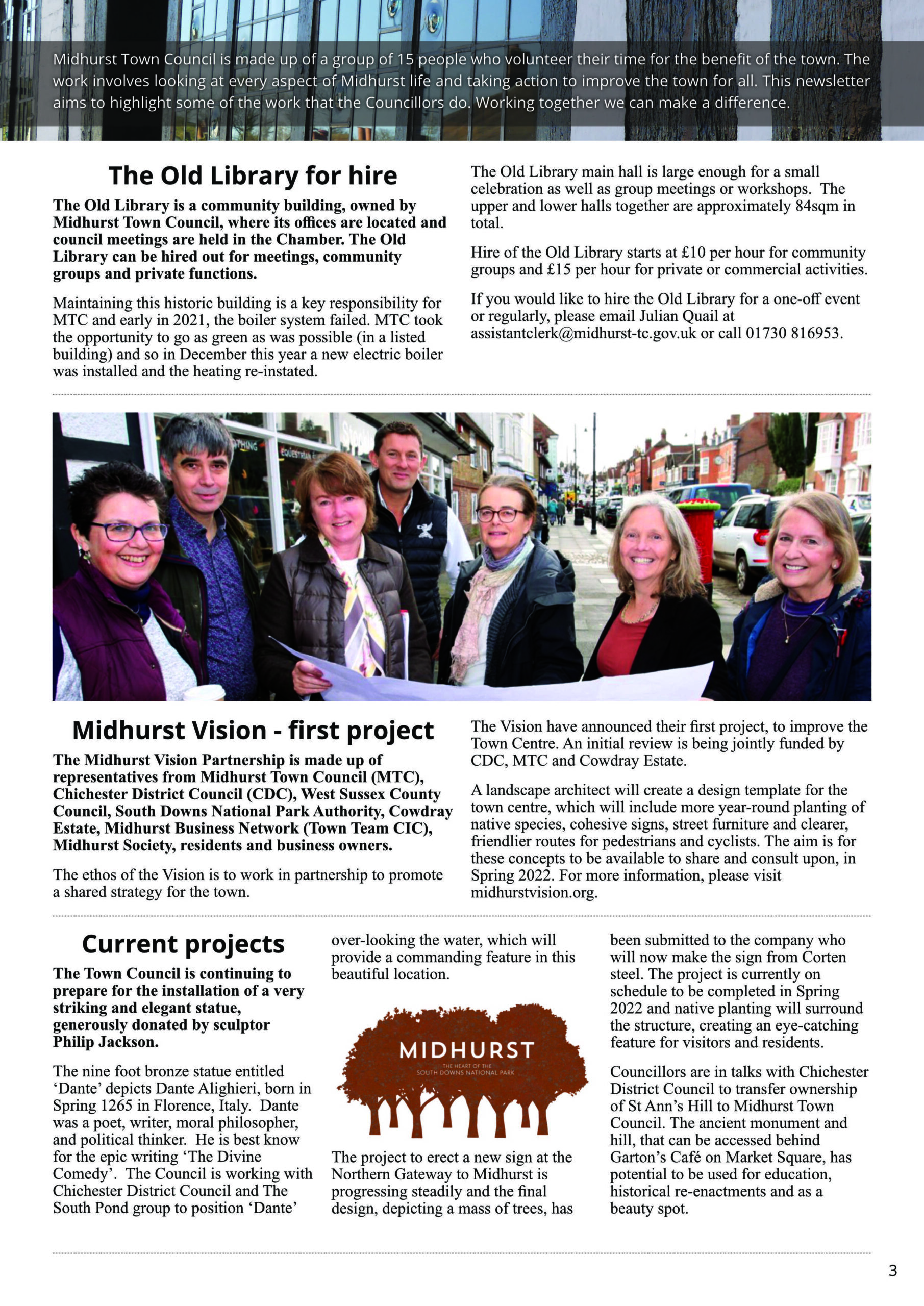 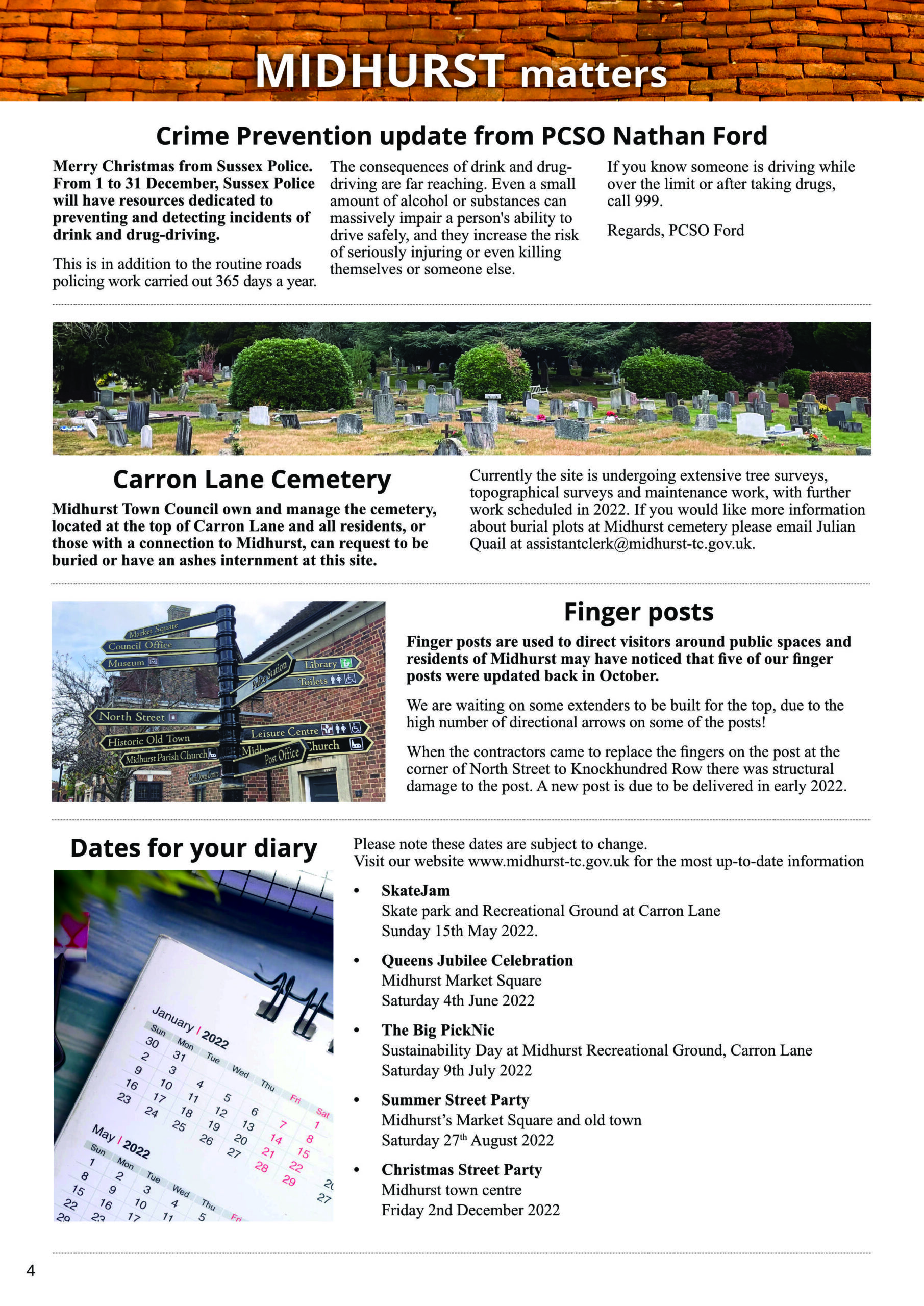 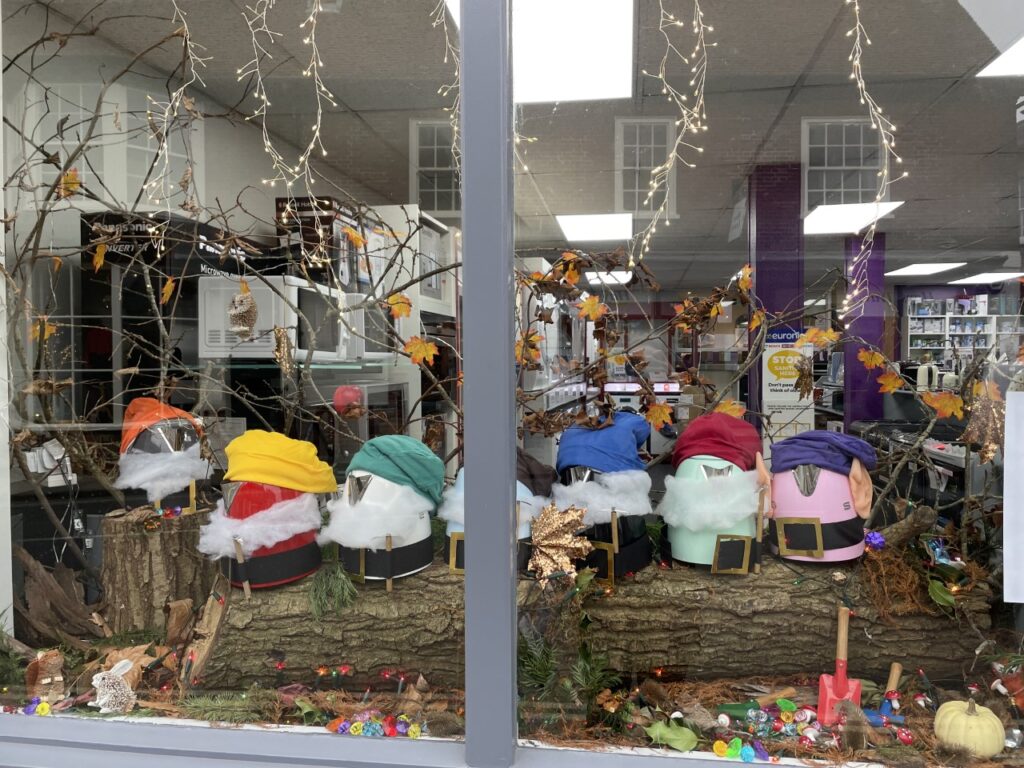 1st Place was won by CJ Hampshire for their whimsical display, receiving most of the public vote. 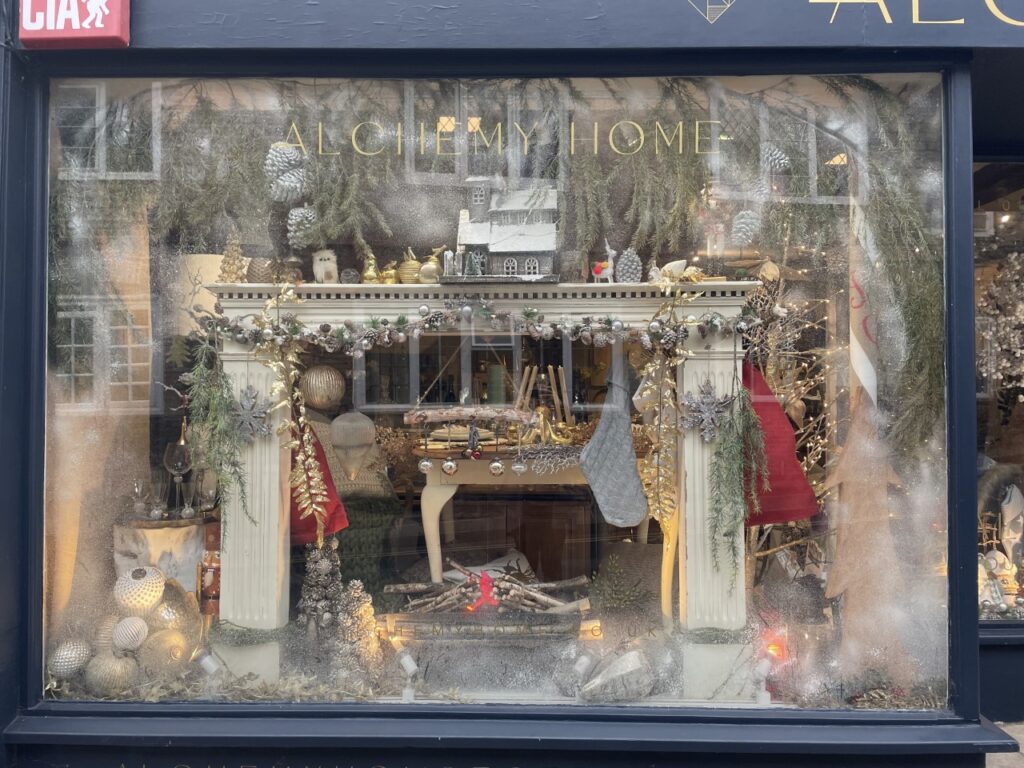 This year, Midhurst Town Council invited the public to vote for their favourite Christmas windows created by local businesses by scanning a QR code displayed in shop windows. An incredible 38 local businesses rose to the challenge and created beautiful, creative and joyful displays for all to enjoy and over 470 votes were received. Congratulations to CJ Hampshire for receiving the highest number of public votes and winning a voucher for Lime & Spice to enjoy a meal out with the staff. Instagram influencer MaryAnn Kauntze @mymidhurstlife was asked to choose the winner for ‘Highly commended window’ and won a hamper of goods from Comestibles Deli, provided by the Midhurst Business Network. This was won by Alchemy Home. Thank you to all those who took the time to vote.

Vote for your favourite Christmas Window!

Residents are invited to vote for their favourite Christmas window this year, as Midhurst businesses join together to celebrate Joy in December and take part in Midhurst Town Council’s annual window competition.

Scan the QR code in the windows of shops, or click this link HERE.

The theme for this year’s windows is ‘Joy’ and must include an element of lighting up.

A prize will be awarded to the business with the most public votes. There is also a ‘Highly Commended’ award that will be chosen by social media influencer @mymidhurstlife.

The deadline is 15th December and the winners will be announced on social media and on our website. 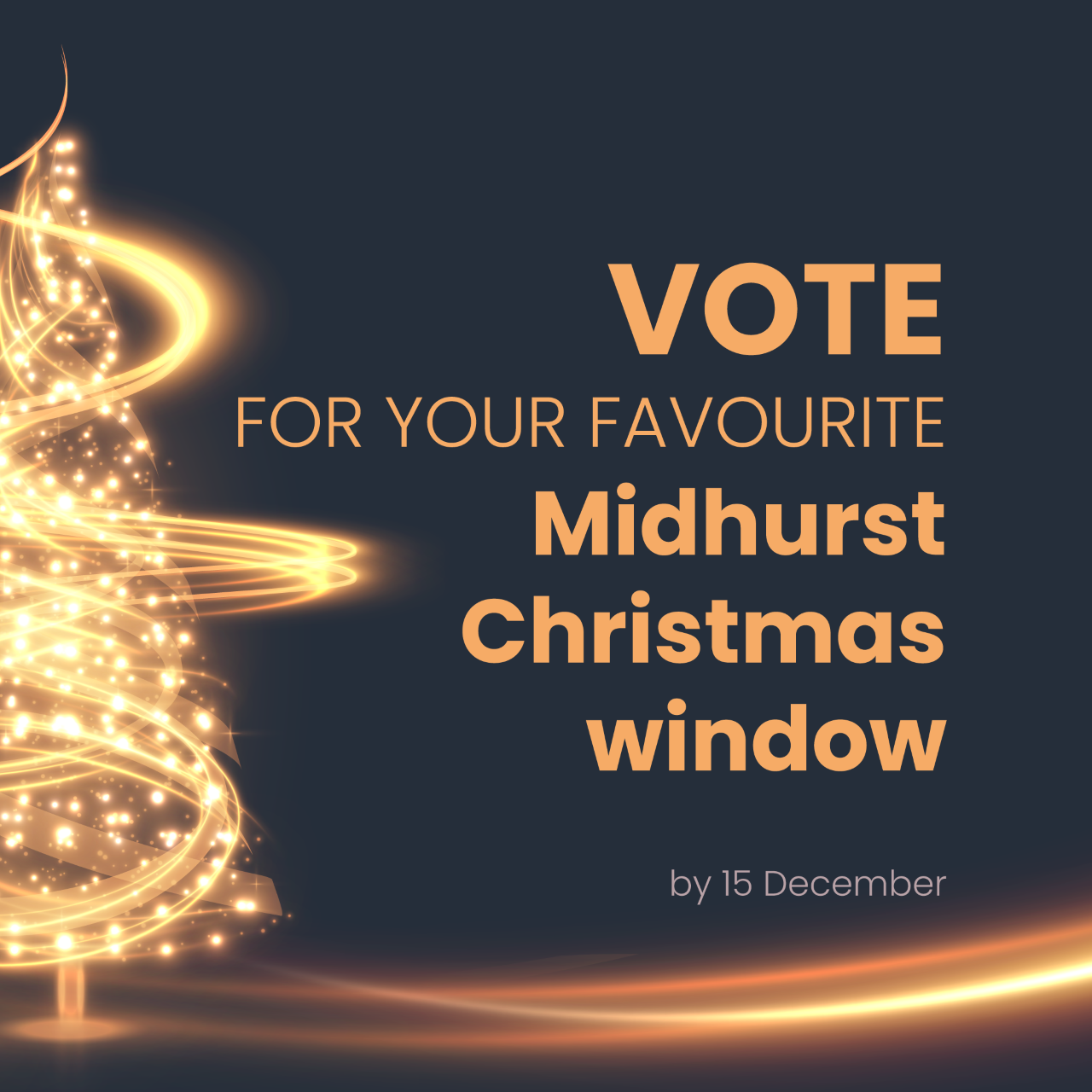 The application process for children due to start school in September 2022 will begin on Monday 4 October 2021. 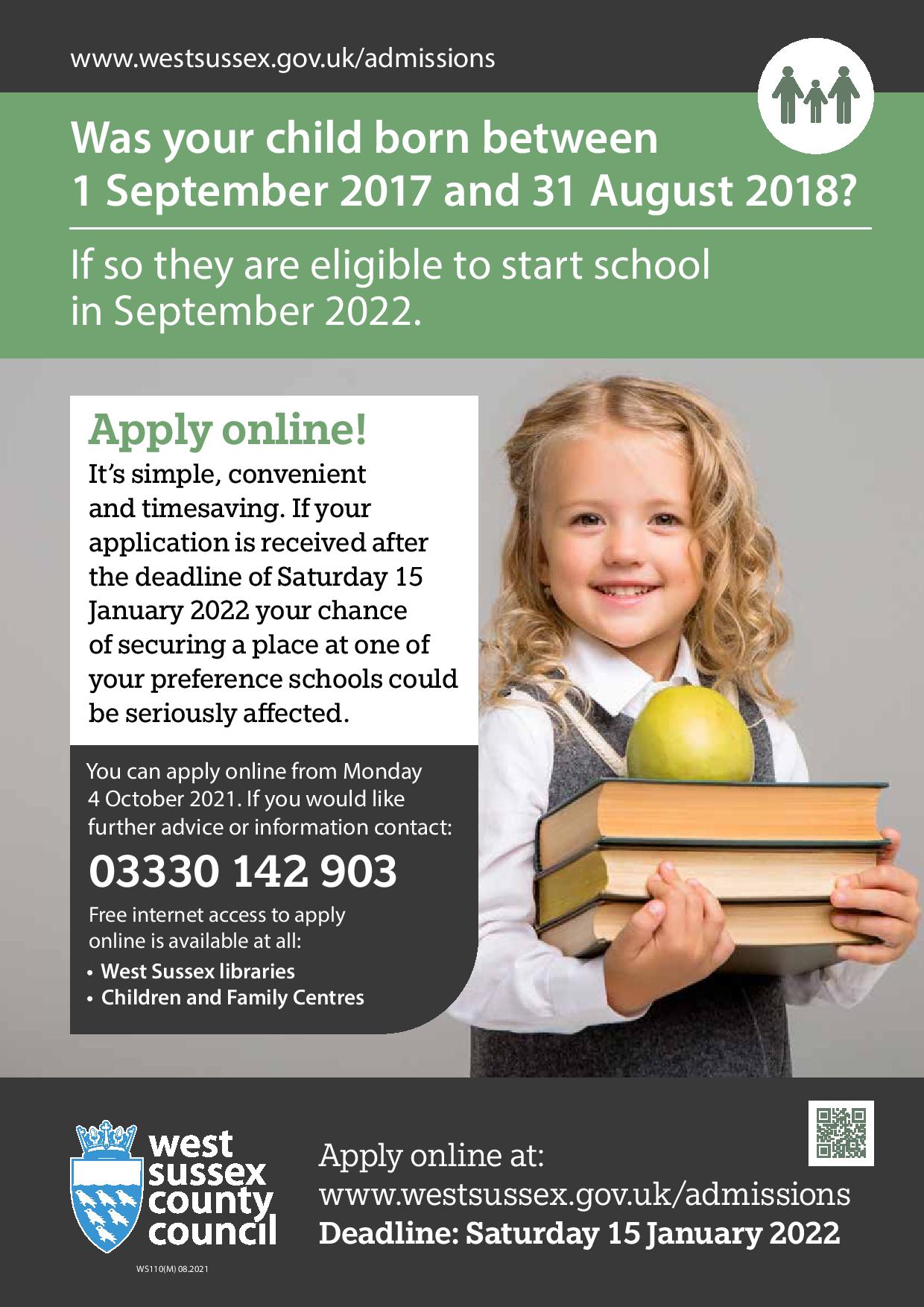 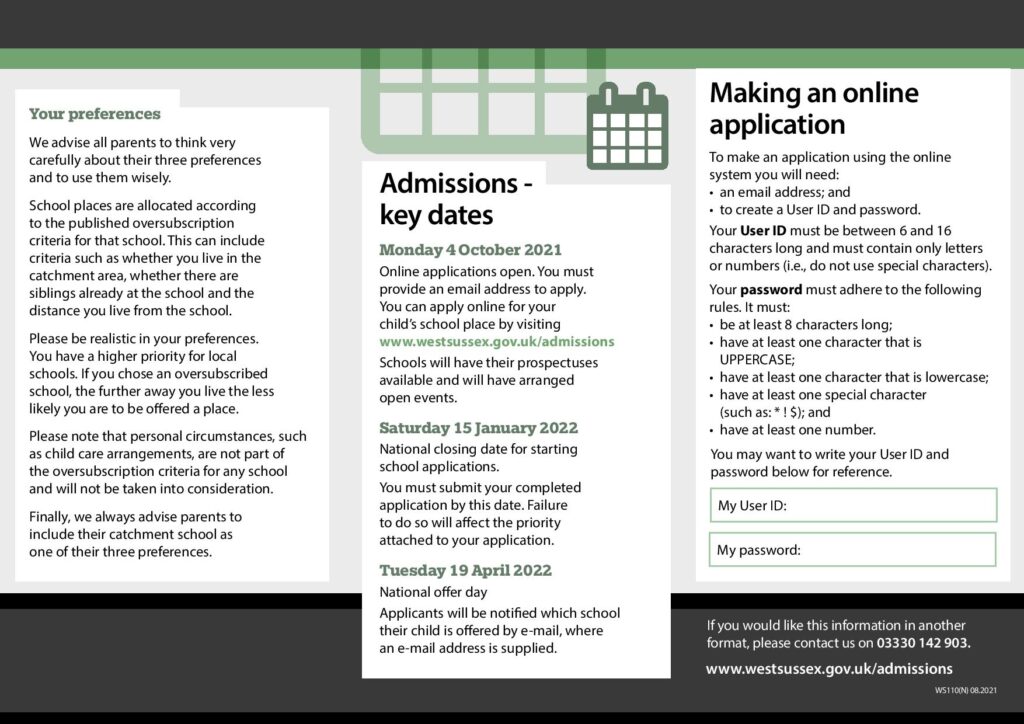 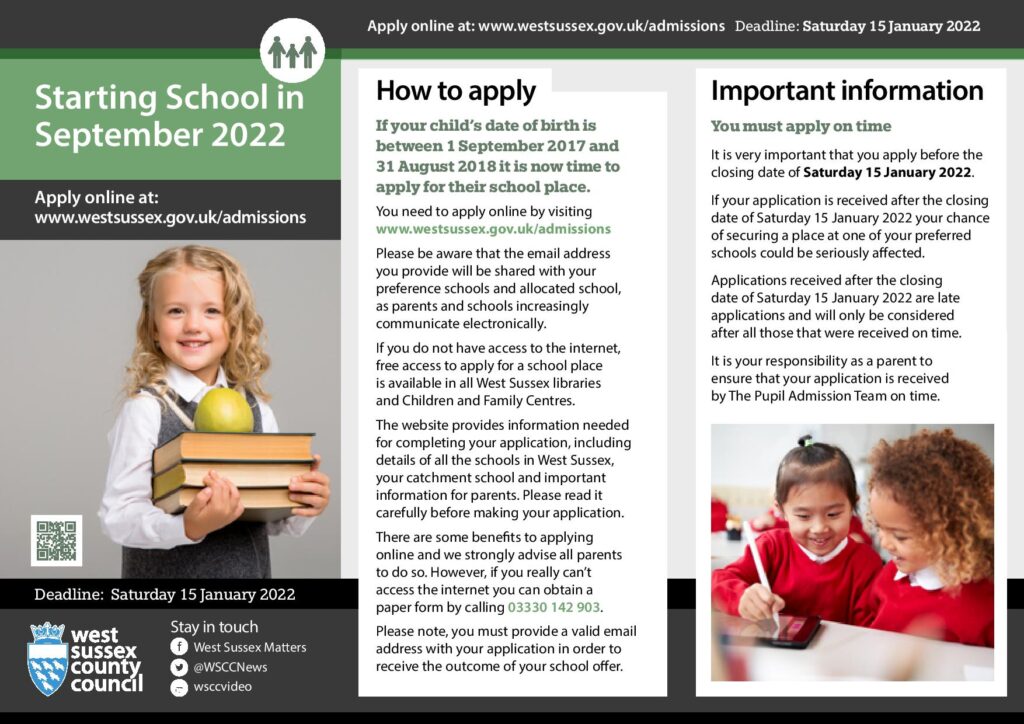 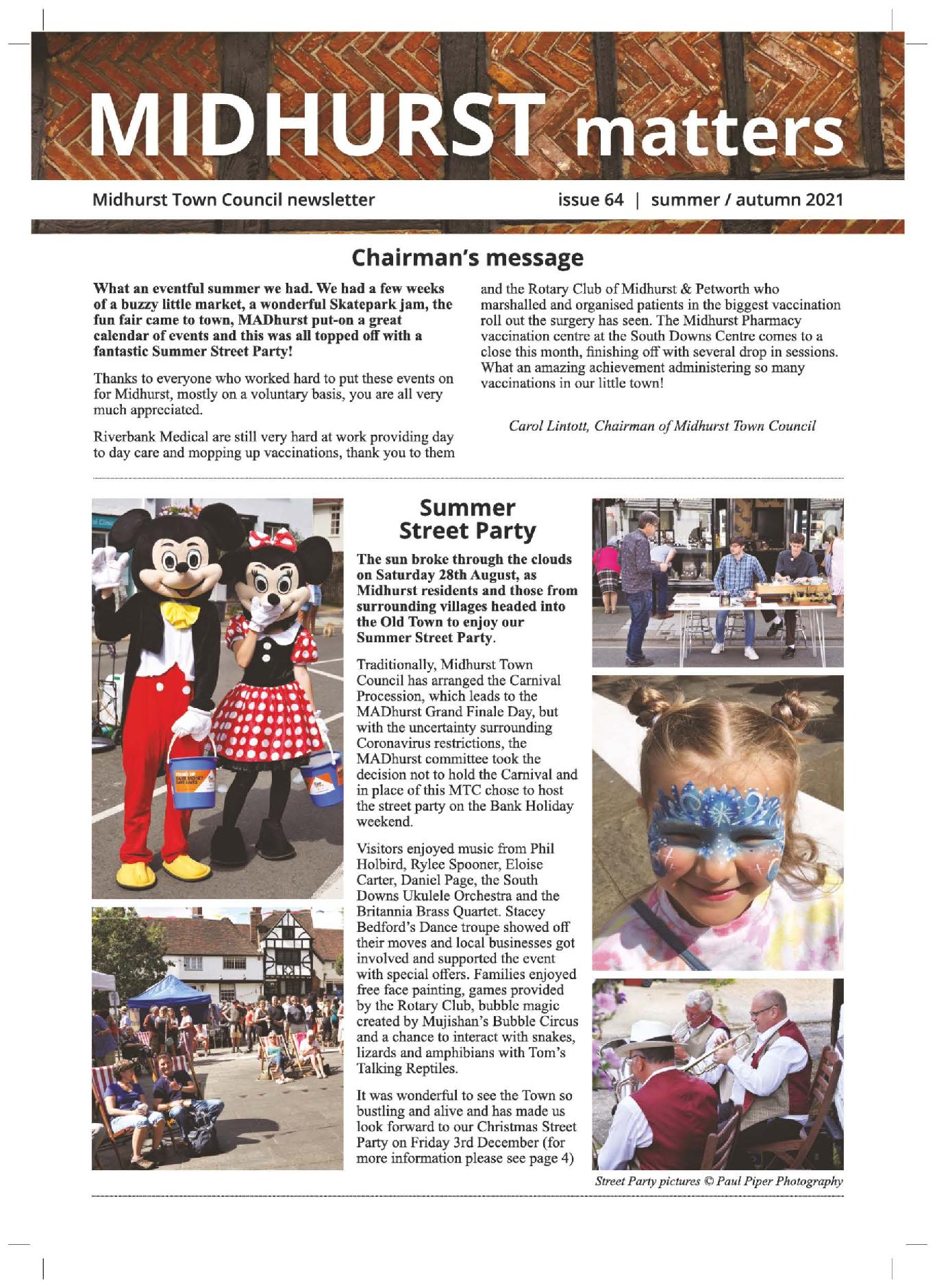 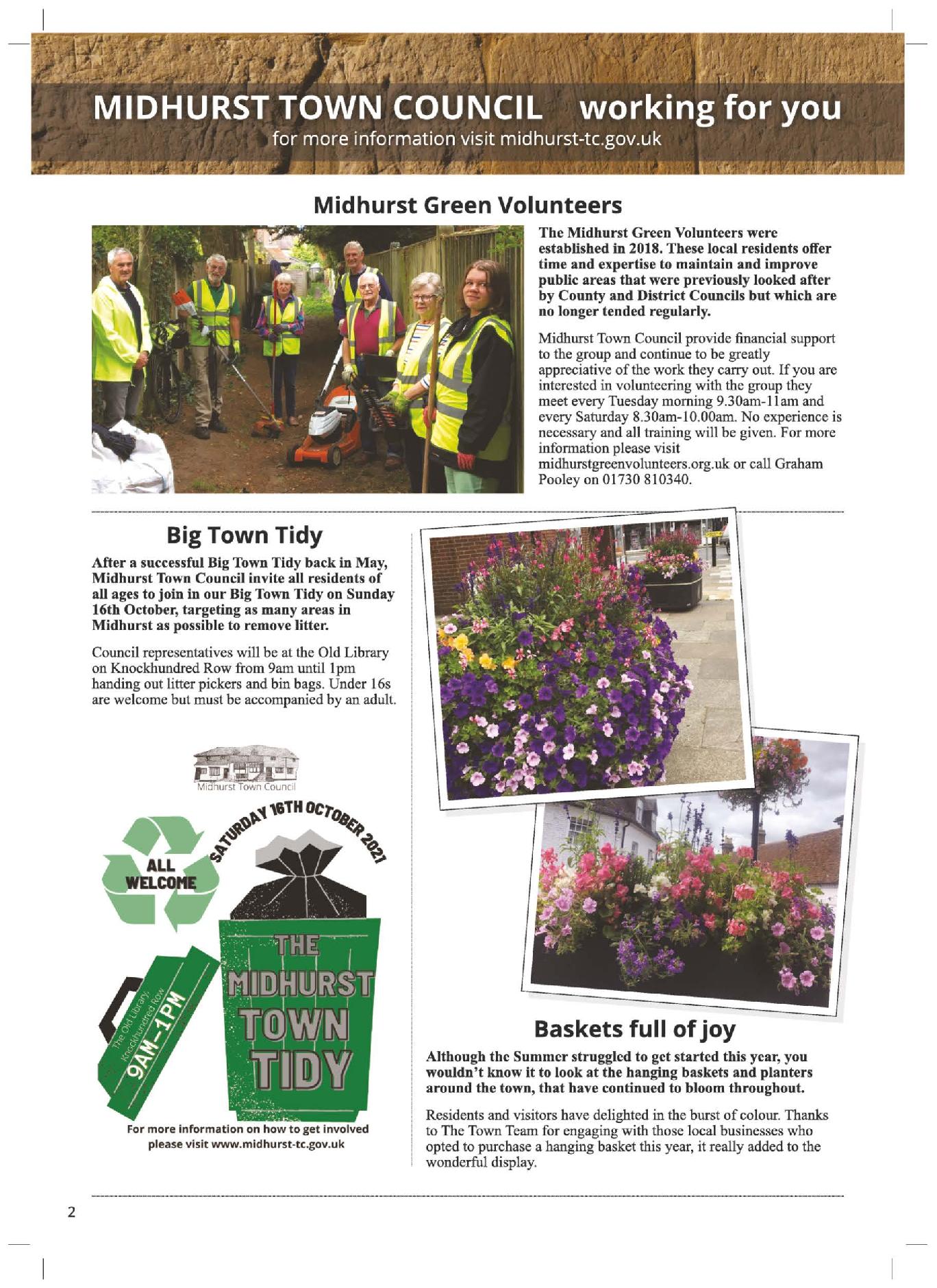 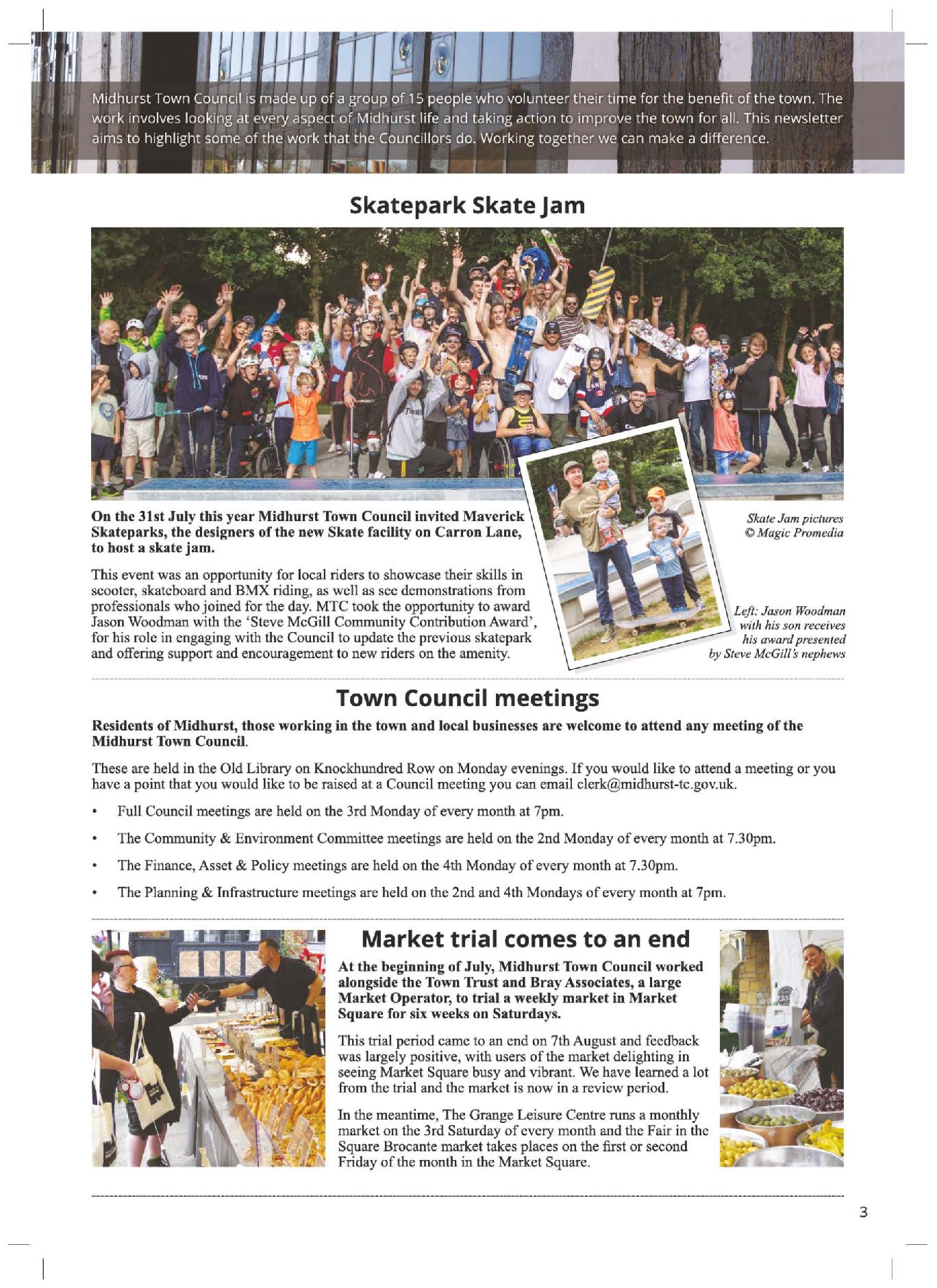 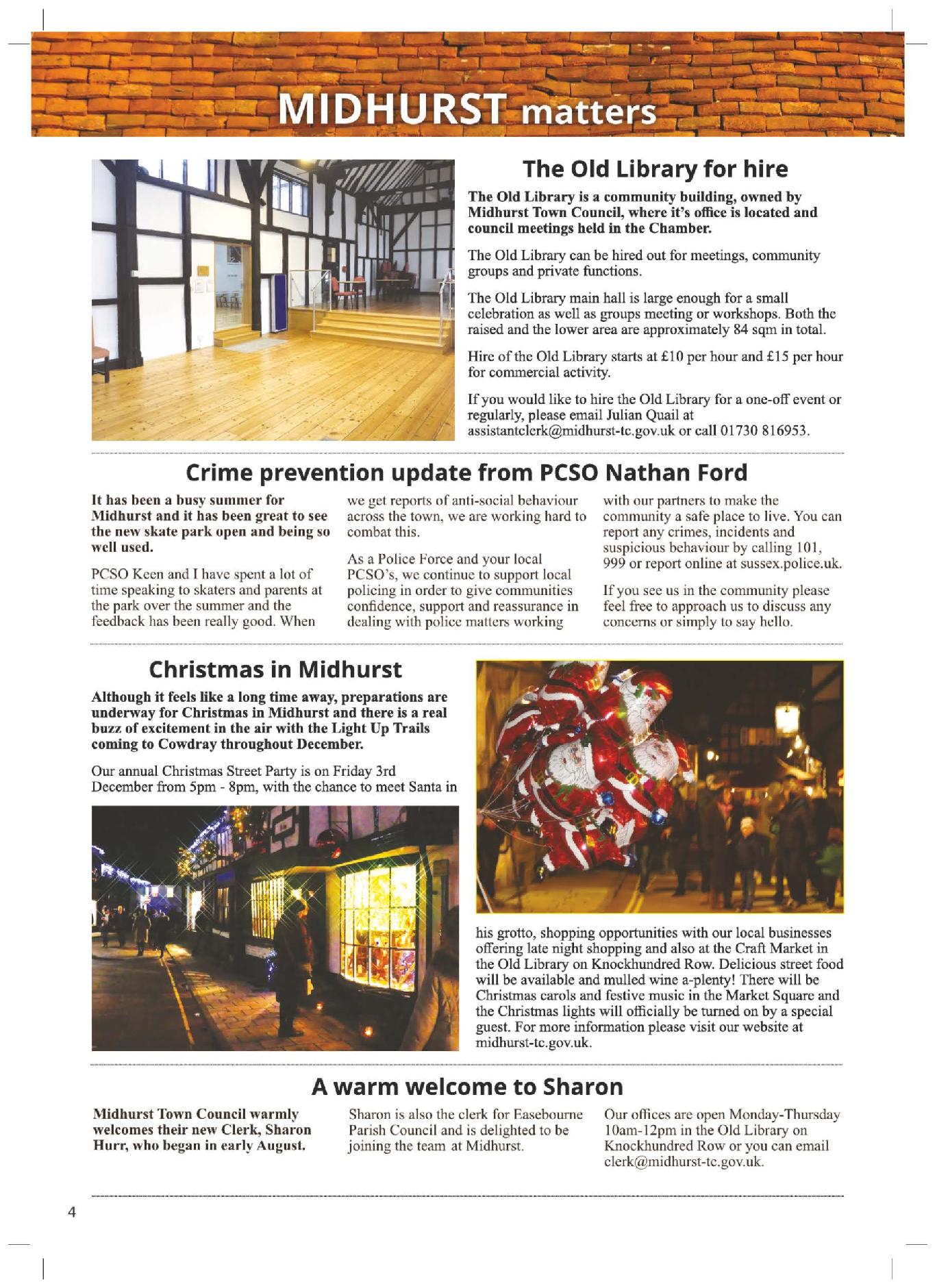 Midhurst Matters Newsletter will be arriving on doorsteps at the end of May, but if you can’t wait to receive your copy here is the newsletter! 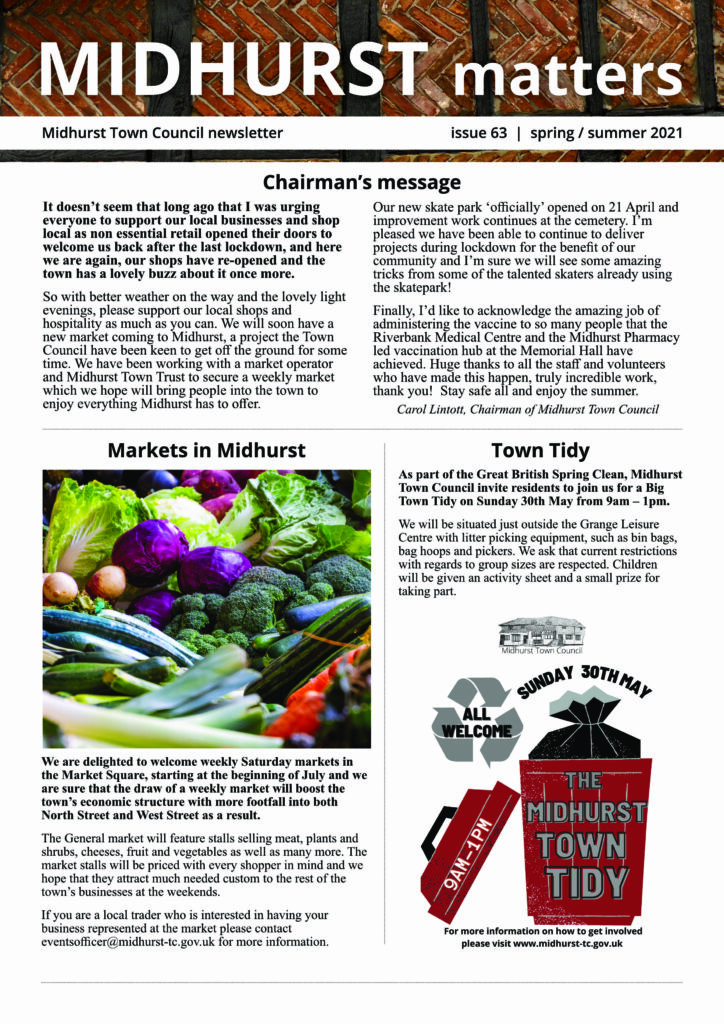 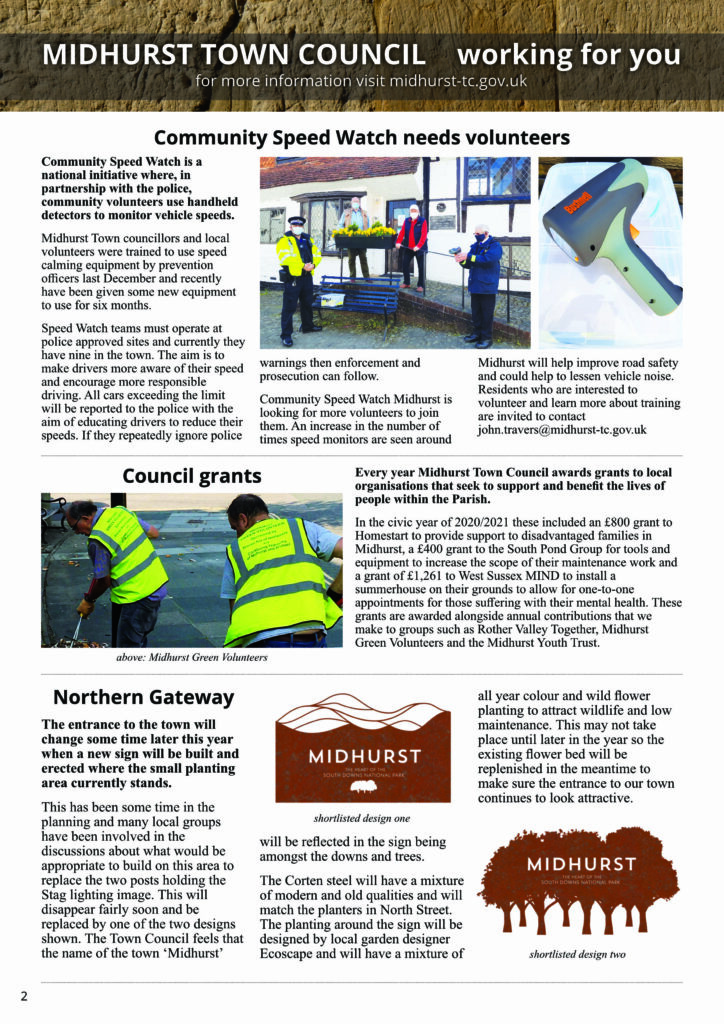 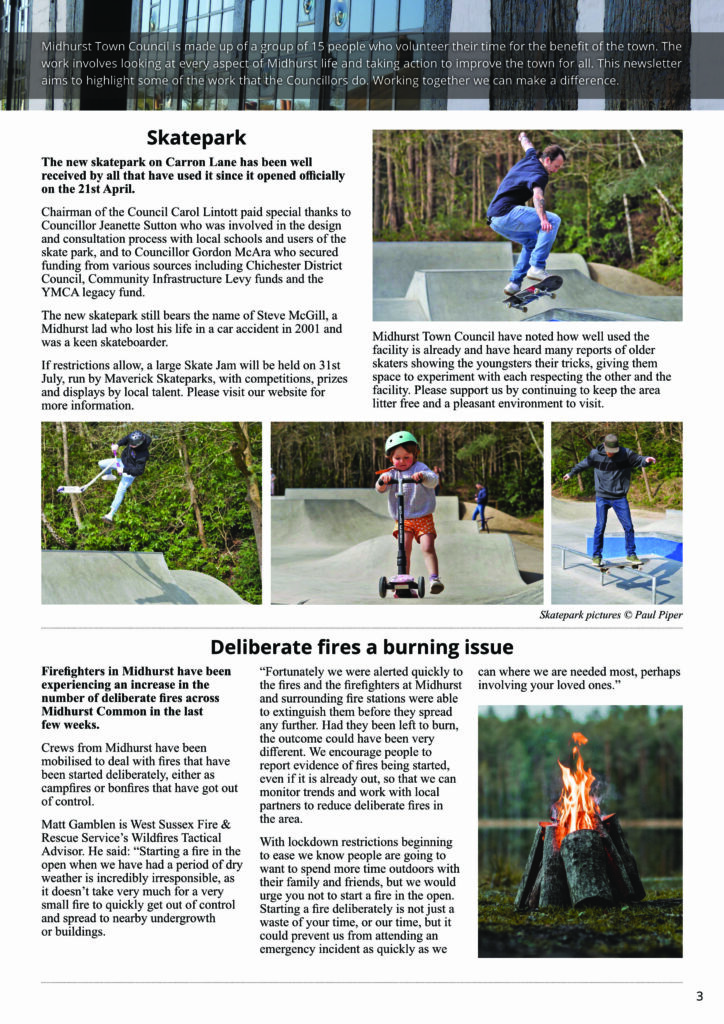 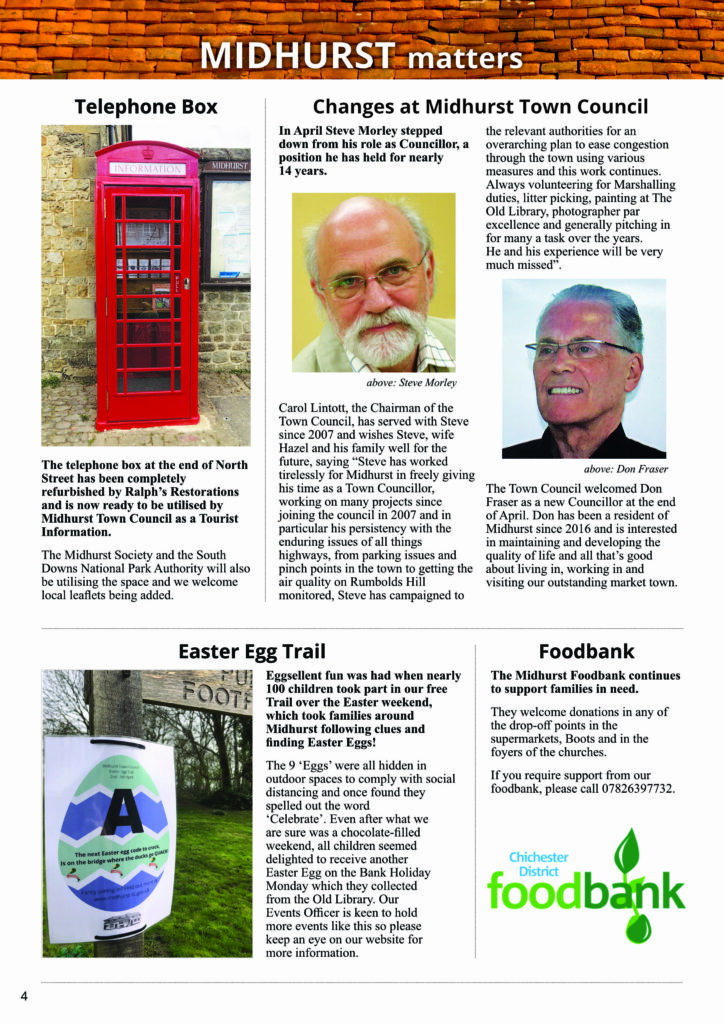 On Wednesday 21st April Midhurst Town Council were delighted to be able to officially open the long awaited new Skate Park at Carron Lane Recreation Ground. The original Steve McGill Skate Park was built in 2001 and when opened the ribbon was cut by Linda McGill, mother of 18 year old Steve who tragically died in a car accident before the skatepark opened. Steve, a keen skateboarder, had been campaigning and lobbying the Council for a Skate Park in Midhurst before his untimely death and his family and friends continued his legacy with fundraising, resulting in the original Skate Park being built by the Midhurst Town Council. Carol Lintott, Chairman of the Town Council, welcomed the small group to the opening and began by thanking those that had played a vital role in the redesign and funding of the new Skate Park, including Chichester District Council and the YMCA, who generously granted funds. The project was also supported by Community Infrastructure Levy funds parish councils are able to apply for resulting from developments in the area from the South Downs National Park Authority. Councillor Lintott also thanked Councillor Gordon McAra and Councillor Jeanette Sutton for their roles in securing grants and consulting in the design process.

Councillor Sutton was invited to say a few words and began by acknowledging that a relatively small town of only 5,000 building a new, state of the art, enviable Skate Park is something to be celebrated. She then spoke about the series of events that led to the new Skate Park. The redesign was initiated by Midhurst resident Jason Woodman back in 2017, who braved the Town Council at a meeting and asked for the Skate Park to be renovated and modernised. Councillor Sutton then helped to engage with young skaters and potential users of the skatepark so that it was designed in part by local children. The ideas were then given to our favoured Skate Park designers, Maverick Skate Parks, who listened and really took on board the designs and ideas to create a design unique to and created by Midhurst. The fundraising for such a project takes time, but thanks to Gordon McAra, the Finance Committee and our clerk Melanie Kite the necessary money was raised to build this fantastic asset, which will continue to provide exercise, fresh air and challenges for all the people who use it for years to come.

Councillor Sutton then invited Steve McGill’s Mother, Linda and her husband Tim to cut the ribbon, just as they did 20 years before, to open the new Skate Park which continues to bear his name as a lasting legacy to the town.

Attendees were then treated to a short display demonstration by talented local scooter pro Jordan Clark. Jordan was honoured to be asked to demonstrate as the original Midhurst Skate Park is where he originally started out.

Midhurst Town Council have noted how well used the facility is already and have heard many reports of older skaters showing the youngsters their tricks, giving them space to experiment with each respecting the other and the facility. Please support us by continuing to keep the area litter free and a pleasant environment to visit. 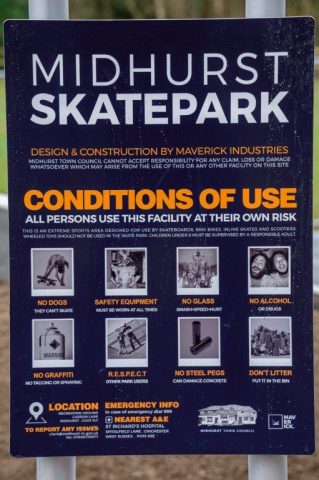 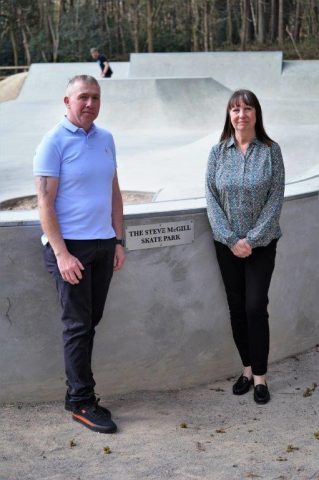 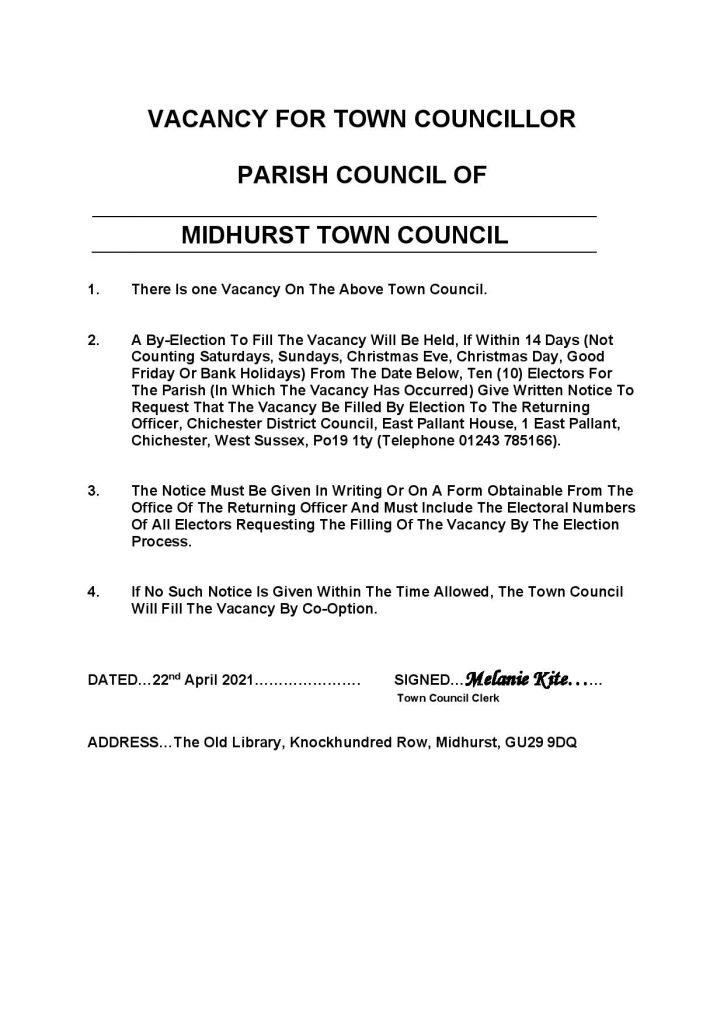