Midhurst Town Council were delighted to welcome Maverick Skateparks back to Midhurst on Saturday 31st July for a skate jam to celebrate the brand new skate facility at the Carron Lane Recreational Ground.

The new facility was built at the beginning of 2021 by Maverick Skateparks, who created a bespoke design for Midhurst based on designs from local schoolchildren and users of the previous structure. 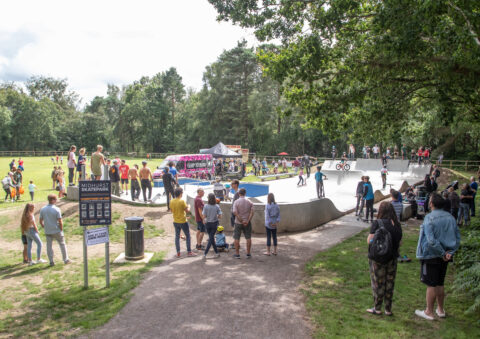 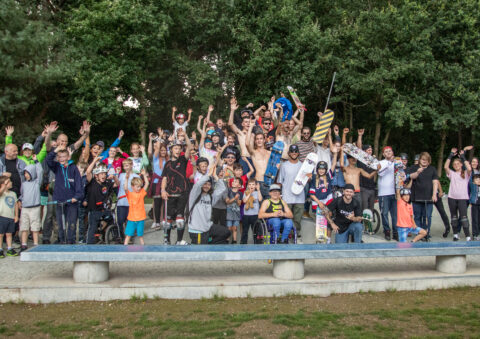 Over 100 skaters came along to use the skate park and enjoyed music, demonstrations from professional riders and the opportunity to receive prizes from popular skate brands.

The skatepark continues to bear the name of Steven McGill, a Midhurst lad and keen skater who tragically died in 2001. Steve, with his friends, was lobbying to have a skate facility built in Midhurst and his family and friends continued this endeavour in his honour, resulting in the first Midhurst Skatepark built in 2002.

I’d like to say a huge thank you to Midhurst Town Council for surprising me with such an amazing award but also organising such a fantastic event, it was a huge success. Also to Linda McGill and Steve McGill’s nephews for presenting me with the award, thank you! I’d like to say a massive thank you for continuing to support this project over the years, Gordon McAra for finding all of the grand money and Lesley Campbell who was such a fantastic support 5 years ago when I first approached the Council. It will be enjoyed by generations, for generations.

It wasn’t just me pushing for this facility, there were many people in the background that deserve recognition too who also worked hard to get the facility upgraded, I’d like to say a massive thank you to Stephen Else AKA Stig for helping me through everything. Joe Schofield for attending Council meetings with me 5 years ago and Cllr Jeanette Sutton for the contiuned support throughout the whole thing. None of this would have been possible without all of these people so massive thank yous to each and every one of you!’ 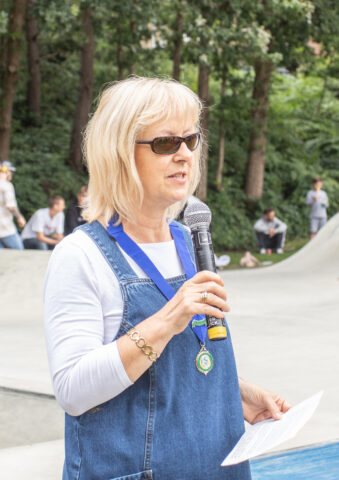 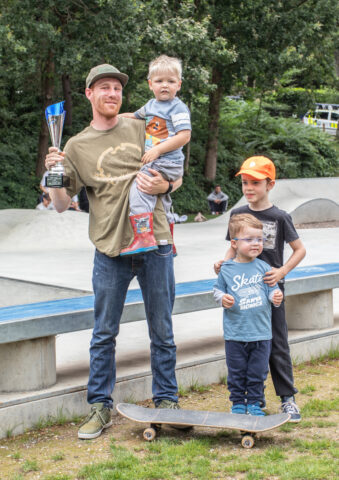 Users of the skate park at the event celebrated the facility’s design and accessibility. Maverick Skateparks celebrated the female riders and a wheelchair user for their skills on the park. The event came at a time when skating is being recognised by more as a sport, due to the incredible display of athleticism in the 2020 Olympic Games, where BMX riding and Skateboarding have featured for the first time and Great Britain’s Charlotte Worthington bringing home the Gold in the BMC freestyling. 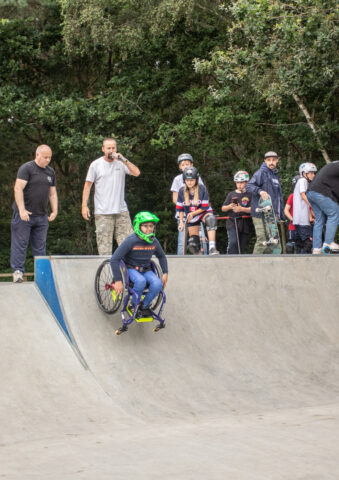 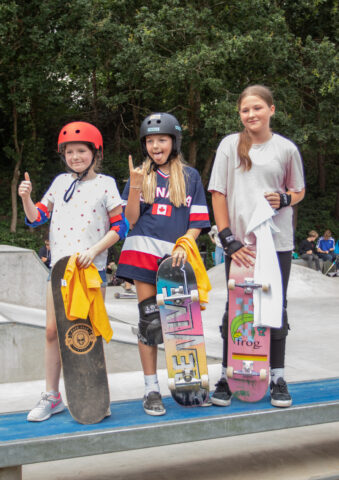 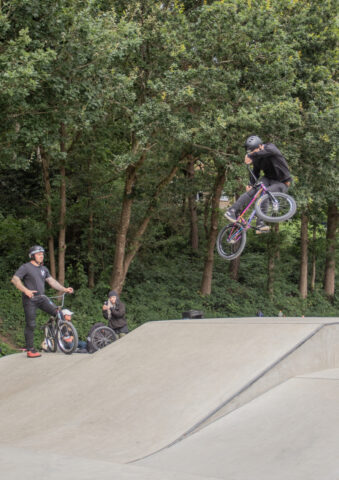 It was commented by Councillors that the sport of skating is one of the few sports where all ages can practise and explore together. It has been commented that the more experienced users of the park have been helping the younger users improve their skills and giving them space to learn and explore.

We as a Council are excited to see what talent comes out of the facility in future years. 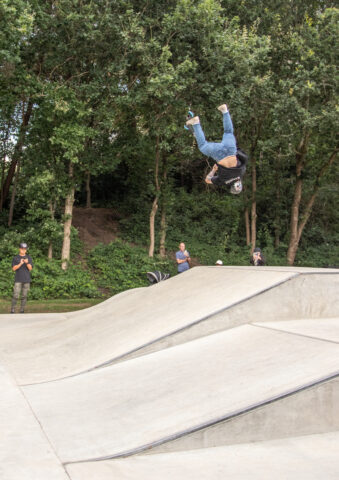 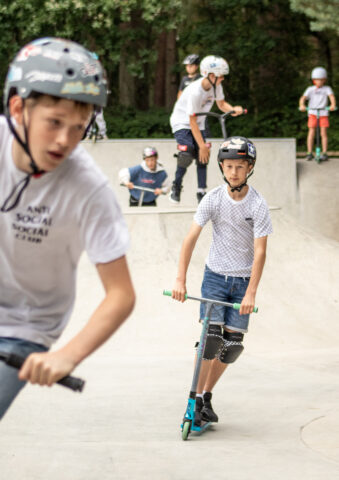 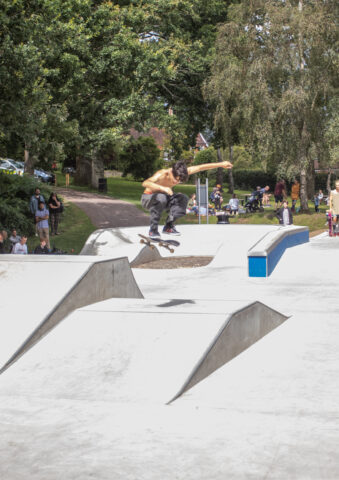 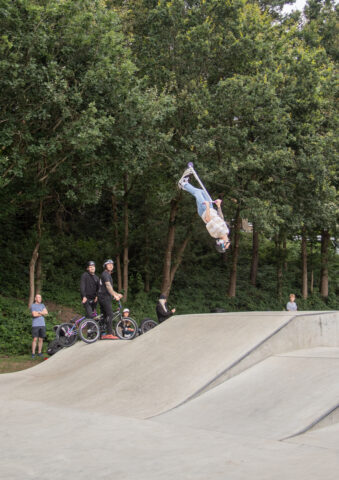 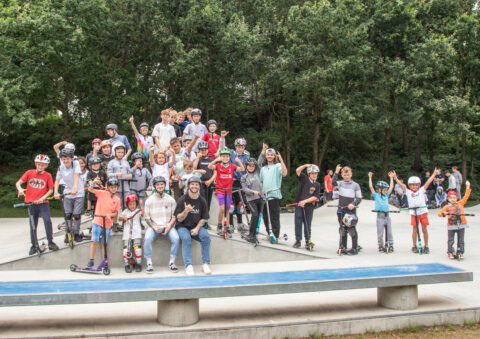 The next scooter generation 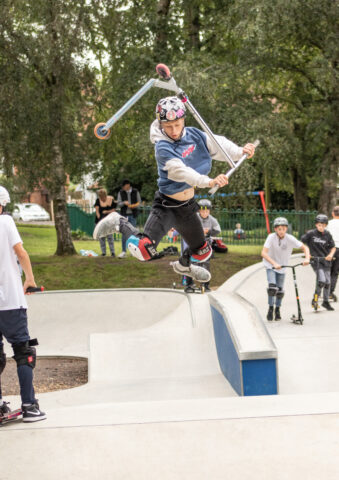 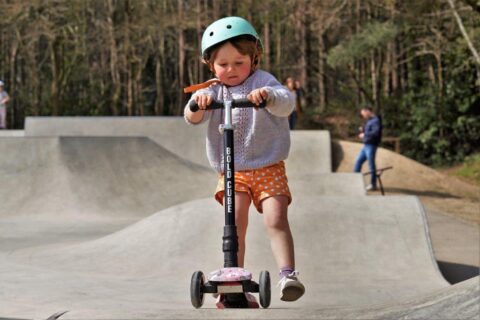 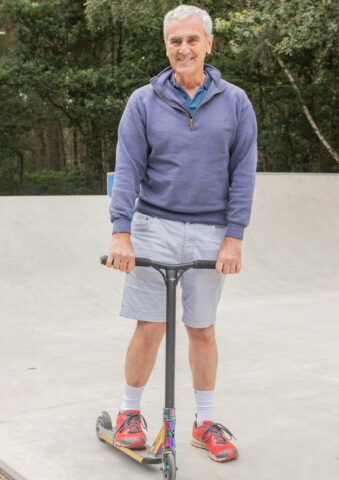 Cllr Gordon McAra having a go